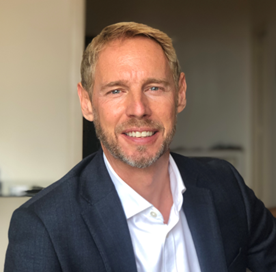 The Governors are delighted to announce that Mr Julian Thomas has been appointed as Chief Executive of The Fulham Boys School Trust. This is a new role at Trust level which focuses on the strategic leadership of the school, including The Fulham Boys School Foundation. Mr David Smith, Headmaster, continues to lead the day to day running of the school.

Mr Thomas, comes to us with exceptional experience in educational leadership. In 2007, he was appointed Headmaster of Caterham School in Surrey, establishing it as one of the top co-educational schools in the country. In 2015, he was appointed Master of Wellington College, achieving record International Baccalaureate results during his tenure. He has been the Chair of a state Multi-Academy Trust, a Member of another Academy Trust, and in 2012 was one of the founding Governors of the London Academy of Excellence, Newham, which was named Sunday Times Sixth Form College of the Year in 2015/16. He has previously been named in the Evening Standard’s Progress 1000 as one of London’s most influential people, and in the i25 – independent education’s 25 most influential people.

Outside of the classroom, Mr Thomas was a county schools cricketer, a rugby league Blue and in recent times has taken on some of the world’s iconic adventure challenges: rowing the Atlantic in 2020, running the Marathon des Sables in 2017, and trekking across Antarctica to the South Pole in 2015.

We are excited to welcome Mr Thomas to The Fulham Boys School community.

Mr Thomas said, “I am honoured to have been appointed to this role. The Fulham Boys School is a truly pioneering school which has an unrelenting commitment to offering the very best education with bold and innovative thinking. I share the high aspirations of the Governors and Headmaster and, as we near the 10th anniversary of its foundation, I look forward to playing my part in taking the school to even greater heights in its next 10 years.”

You can find Mr Thomas’s introductory blog by following this link.