People are far from equal. Socially, academically, economically, mentally, physically. Rightly, I think, politicians and educators try to address this and in doing so, ‘group’ people together. Pupil Premium (disadvantaged children who receive additional school funding), BAME (Black, Asian and Minority Ethnic), SEN (Special Educational Needs) and so on. Pressure groups and organisations take up the cause of these different ‘groups’ and go about tackling the inequalities. And as a school, we’re judged on how we close the ‘gaps’.

But while it might be neat and tidy to ‘group’ people like this, it is lazy, patronising, leads to further stereotyping and doesn’t really tell the full story. Moreover, some people end up getting things they don’t need while others get overlooked. 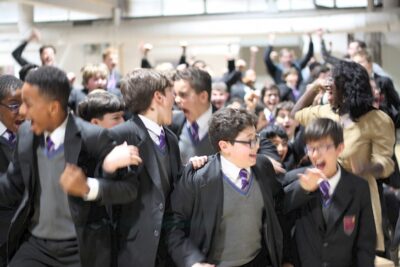 Not everyone within BAME groups are the same, while not all white groups are equally privileged. Black African British children outperform white children, whereas black Caribbean children tend to do worse. Chinese girls on free school meals do better than rich white children. The ethnic ‘group’ least likely to get into university are state-educated white people. And those who do attend university from that ‘group’, are mainly middle class, and 57% are female (The Spectator, 18th July 2020). An even more worrying statistic is those who take their own life tend to be poor and low-educated.

It would seem that race might not be the biggest issue, but class. This really came to light during lockdown. We didn’t find our black African boys coped better than our white boys or our Asian boys outperformed our black Caribbean boys. It was that our ‘have nots’ needed way more help and support than our ‘haves’.

However, lumping everyone together according to class is also a bit otiose. Pupil Premium didn’t exist when I was in school, but my sisters and I, as ‘dinner ticket kids’, would have fallen into that ‘group’ today. We would have baulked at the suggestion of being disadvantaged though, and my parents would have found it hurtful; we felt way more privileged than most children in my school.

Furthermore, who decides which groups matter and which groups don’t? A well-known soap opera has just had a storyline which depicts a couple having an abortion because their baby has Down’s syndrome. The implication is that the unborn life doesn’t matter, nor do people with Down’s syndrome. In my opinion, this is irresponsible, ignorant and prejudiced. There are Down’s syndrome children growing up in a world with popular TV shows saying you are better off dead. What about the value and rights of this ‘group’?

People’s worth or value is not derived from their ‘group’. As a Christian I believe every child is a person made in God’s image (Genesis 1.27) and has an intrinsic value and inherent dignity. This means every Fulham Boy matters,  is unique and equal in significance to any other Fulham Boy, and will therefore be respected and not treated as inferior.

In practice this means striving to ensure the curriculum, quality of teaching and learning, co-curriculum and sport is outstanding for all our boys, regardless of ability, social, economic, cultural or ethnic background; that our pastoral care supports everyone, particularly those who need it most at any given time; families and boys who cannot afford trips, visits and resources will be helped. They just need to ask; that, whilst the levels and grades our boys get at 16 and 18 are important, their value and worth does not come down to them, but rather their very humanity.

This is why I personally struggle to believe human beings are just evolved pieces of slime on a blue planet. All of us are way, way more. Whilst all of us are seriously flawed (maybe the topic for another blog!), we are nevertheless, ‘fearfully and wonderfully made’ (Psalm 139.14). This is why all Fulham Boys matter. Skin colour, bank balance, postcode, mental and physical ability doesn’t. Let’s stop thinking about  ‘groups’, but rather emphasise and reinforce to our young people that they all matter, we must love our neighbour as ourselves , and that our neighbour is whoever is in need.